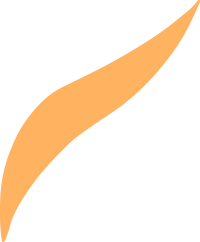 The story of Can Xel over the years would not be complete without the inclusion of Carme Font Compta, who in the early 20th century began to cook modest dishes for muleteers who were working in the woods and who travelled through the Santa Pau area. When Maria Triadú Roca married Carme’s son, Ramón Fàbrega Font, she continued cooking for those passing through the town, and over time a small hostel was created.

Maria taught her son, Joan Fàbrega i Triadú her know-how and love for fine cuisine, and he passed on the family tradition to his son-in-law, Joan Roig.

With the passing of the years the small hostel was to become the impressive complex you can see today and where two generations of the family now work together in the kitchen; Joan and his daughter Meritxell.

Meritxell Roig i Fàbrega, the fourth generation of the family, was raised in a culinary atmosphere, where she discovered her own passion for cuisine. After training at the Girona Catering College and graduating at the Basque Culinary Centre of San Sebastian, she has returned home, adding new life to the restaurant’s wares, with modern techniques and new dishes, while retaining the fundamental elements of traditional Catalan cuisine.

Find out more or adjust your settings.

This website uses cookies so that we can provide you with the best user experience possible. Cookie information is stored in your browser and performs functions such as recognising you when you return to our website and helping our team to understand which sections of the website you find most interesting and useful.

This website uses Google Analytics to collect anonymous information such as the number of visitors to the site, and the most popular pages.

Please enable Strictly Necessary Cookies first so that we can save your preferences!